Social workers do a lot of good for people in need. They’re an essential part of many of our government and non-profit systems, but they can burn out — just like the people they’re helping.

Sometimes, we all need something to point to and laugh at while thinking, “That is SO true,” or nod in agreement while feeling a little uplifted. Here are ten social work memes that accomplish both of those things.

One Does Not Simply Do Social Work 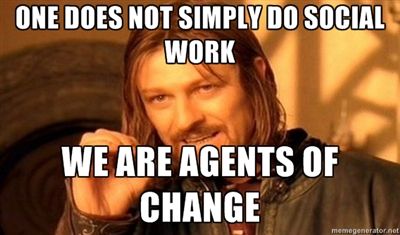 Some people have this idea that social workers don’t do much. Indeed, unless you are a social worker, it’s easy to look upon the entire field as though it’s highly unnecessary. We have programs to help the poor, help children and mothers in bad situations, help addicts, etc.

Those people who don’t see social work as real work don’t understand that all these programs employ and rely heavily on social workers. And what do those social workers do? They work towards change, whether with individuals, families, or various sectors of society.

Many people would be lost entirely without the help of social workers. We’d also have far less of an understanding of society-wide problems without the work they do.

Where “Home Alone” Could Be a Christmas Movie Or…

Have you ever seen a film dealing with your profession and thought, “Okay, I can see the draw in this, but…?”

“Home Alone” is just such a film for child welfare social workers. Yes, they can see the humor in the movie, but they can’t help but also think about the trauma an eight-year-old child would suffer from such a situation in real life.

Child welfare social work involves a lot of intuition and strong observational skills, and the ability to draw a traumatized child out to help them. When they see Kevin McAllister, they see two children: One who’s thrilled to do whatever he wants and one who’s going to need their help.

How Long Does It Take a Social Worker to Change a Lightbulb? 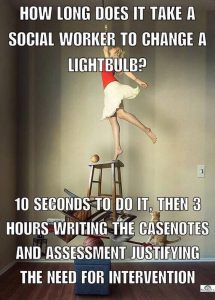 Lightbulb jokes are supposed to poke fun at someone or something. This is one of those where almost any social worker who works with individuals can point to, laugh, and exclaim, “Truth!”

Social workers spend a lot of time writing up their case notes and making a call about whether the situation warrants intervention. Whether it’s child welfare, hospice/palliative care, or other social work, they have to justify their decision to intervene or not and document everything.

When You’re Watching a Couple’s Conversation in Public…

This is another one dealing with documentation. It’s so much a part of social workers’ jobs that it becomes a part of their lives.

Social workers seeing a couple arguing in public can start imagining having that couple as clients, at which point they start thinking about the documentation they’d have to do.

And it’s quite likely that, no matter how hard they try not to pay attention, they’re still thinking, “I’m so glad I don’t have to do all the paperwork this would require.”

What Social Workers Do 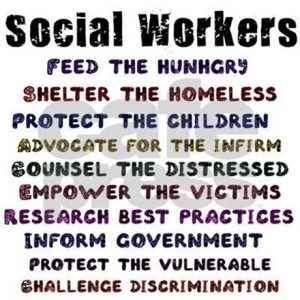 People can find it difficult to see the effects social workers in all fields have on our society. They take the bad parts of it and try to change them for the better, but what does their work actually do for people?

Social workers heal, protect, advocate, empower, counsel, research and inform, and more. Without social workers, we wouldn’t have much information about everything from addiction problems to poverty to single parenthood and more.

Social workers do a lot more for us than we realize. 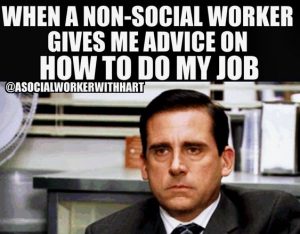 Let’s be real: Not one of us likes having someone who isn’t in our field of work telling us how to do our work. This meme could probably apply to every job there is, even though some jobs are far more generalized than others.

Social work is specialized, requires a high level of education, and, depending on your state, specific licensing, too. When someone comes along who doesn’t have any of that and tries to tell a social worker how to do their job, this is the look they’re likely to get.

The Best Part About Our Job… 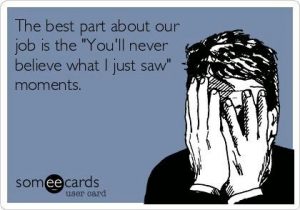 Social workers can’t discuss their cases with just anybody, but just like those of us who can’t discuss particular work stuff outside of work, they may still discuss it with those they can.

Social workers see a lot, and we mean a lot. Those who work with individuals and families see everything, including the things most people would rather not know about. And just when they think they’ve seen everything, along comes something new.

You get to a point where every new thing you see becomes, “You won’t believe what I just saw.”

I Am You New Social Worker… 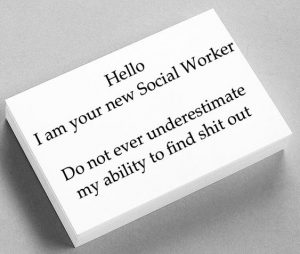 If you’re a social worker or have ever worked with one, you know how good they are at drawing people out on things they’d rather pretend aren’t things. If a social worker needs to talk to family and friends, they’ll find stuff out that way, too.

In other words, a social worker can find out things their clients may think they’ve got completely, totally, and utterly hidden away from everyone. If you underestimate a social worker’s abilities to learn something, you’ll find yourself unpleasantly surprised at what they discover.

When Someone Says Social Work Isn’t That Hard 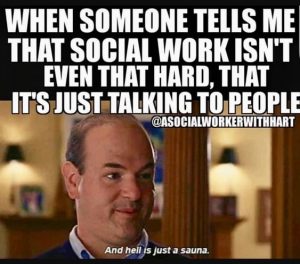 “Anyone can be a social worker.” It’s easy to see social work as just talking to people, but it’s so much more. And it’s hard to understand how difficult the job is when you aren’t the one doing it.

Imagine being a licensed clinical social worker whose clients are struggling with addiction. You wouldn’t just sit down and talk about addiction with them. Social workers point them to resources, help them identify their triggers, help them with rehab, and more.

And they do that with dozens of clients every day, including many who fight the idea that they have deeper problems than addiction.

Whatever your job, you’ve probably had to repeat something like this because following through on, “If just one more client says [insert infuriating thing here], I am going to beat the living daylights out of them,” is an excellent way to get yourself fired and blackballed.

What are some of your favorite social work memes?

Core Wellness, LLC is recognized by the New York State Education Department & State Board as an approved provider of continuing education for licensed social workers #SW-0569 and mental health practitioners, #MHC-0167. Core Wellness LLC is authorized by the Board of Social Work Examiners in Maryland to sponsor social work CE programs and our credits are also accepted by the Board of Professional Counselors & Therapists (MD) and Board of Psychologists (MD). For other states, contact your board & let us know if we can help!